Couldnt come up with a better name for the entry, thats all.

Most people knows who Verity Rushworth is so she doesent really NEED a presentation.

But here is the thing. I posted some pictures of her ones upon a time, and a shit load of people are watching them so i wanted to post something “more” on the only girl that can pull off a Yorkshire accent and still make me want to kiss her…..as opposed to the normal headbutt.   😉   *Just kidding*

Btw Windsor – Dingle must be the name combination in the world that covers the biggest social strata ever.

Both Ireland and Sweden has places called “Dingle”, in both cases total potato peasant land.

There are three (actually more, but do i even have to mention Dames Judy Dench or Helen Mirren?) English actresses that i simply ADORE both as actresses and because i think they are sexy, beautiful and just….well….adorable (and in one case as nice as she seems, Sinead Matthews actually wrote me once (or replied rather).

This should take some explaining ofcourse (since i´m trying to bloody enjoy a beer).

I do not get starstruck and i do not get impressed by beautiful girls (that is, i do not get all jelly legged and wishes she would talk to me. If we talk we talk).

I DO, however,get impressed with talent. Somebody doing something really well, affecting me.

That goes for any artform (or anything done with passion).

That is, i could play out a love situation, romantic, sexy or whatever it would be, while dancing or acting and not confuse it with me.

That is, if i got a role where i where to kiss Verity Rushworth, i would feel (or aim for, Strassberg you know) what the character fealt kissing her character.

There would be emotion there, love , passion, lust or whatever the scene called for, but it would be FROM me,they would not BE me.

If however we where to go for a beer after and i kissed her then, that would be personal.

I would be kissing her.

Reason for all this nothingness is simply to explain that i fancy both “professional girl” for her interpretations and her work. Thats one side of me, AND i fancy these three because they are hot ,beautiful and charming, another side of me. Let not one interrupt the noble work of the other.   😉

Sinead Matthews made me (acutely) aware of her when i saw a TV movie called “In love with Barbara “(She played the young Barbara Cartland).

Not until later did i understand that she had already impressed (and charmed) the hell out of me in a movie called “Half broken things”.

I have mainly experienced her as Alice Tinker in “The Vicar of Dibley”.

She (the character) is totally flaky, has the intelligence of a tomato and is totally wonderful.

I fall in love everytime i see it.

I want to see her in more roles (some dramatic).

I can say that Sinead has actually gotten me hooked on theater.

Sinead Matthews in "Women of Troy"

I was mainly interested in acting before a camera since it can pic up things in the way it can (camera, direction, cutting and so on takes on an entety of themselves. This beast can make the slightest movement of your pupil or nostril act for you.).

Even a still picture of Sinead can make me facinated with what you can do with light or…or… dare i say….nothing at all.

How facinating it could be to walk into a room of five people and act to them, perhaps even having the audience walk around you.

Perhaps this is why i have been doing LARP (many a Swedish LARP has the quality of a theater production….exept the actors are the audience and its all, more or less, improviced).

Wait a minute…..isnt this what we call audition???

Watching “Black Snake Moan” i realize what an incredible actress Christina Ricci is!

We already knew Samuel L Jackson is a great actor.

If that is him playing he´s one hell of a blues musician too.

One of the best movies i have seen since….i dont even remember! 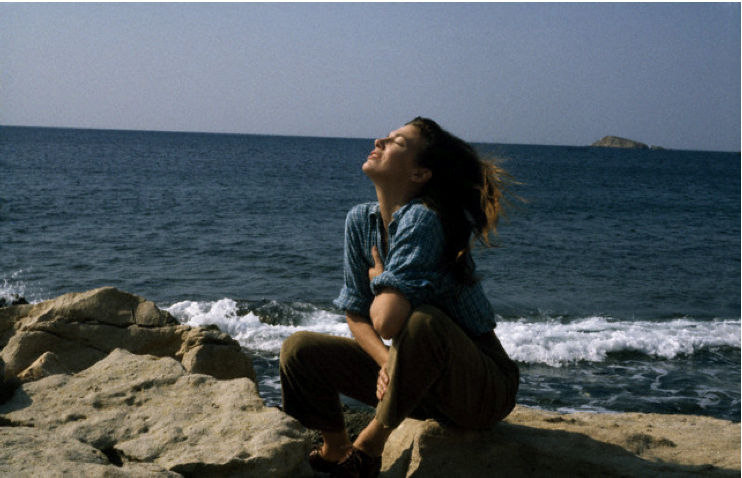 Photo of Jane Birkin on the set of Daddy Nostalgie by Gabrielle Crawford, 1990.

Nowadays the internet is the only place where you CAN NOT find anything for free.

Any skills in marketing is totally lost at the new generation of record company tycoons with a business degree from “World of Warcraft University”.

Robyn – Swedish + Me – Swedish = me not being able to watch her at YouTube (internet / Copyright logic). See ya at McDonals instead Robyn.

I wanted to watch a Swedish artist, performing live in Sweden before a Swedish audience who just drank some Swedish beer and had a Swedish hot dog, only to find out that i cant do that in Sweden???? I live in the wrong country.

In short, if i go to the right places i could dance with Robyn,  and buy her a drink, but if she performed in the same city a week later and that got posted on youTube i couldnt watch it without emigrating.

In the 80´s we taped ALL our favorite music from the radio and exchanged tapes with eachother. Yet albums sold like crazy. Hmmmmm???

I would always PAY to see / hear Robyn (or any other artist i appriciate).

Artists deserve to get payed for their work.

However, somewhere the whole artist / audience interaction has gotten lost and the little tycoons havent understood what people selling turnips in the middle ages knew: ADVERTICEMENT IS GOOD!

Everytime i post a video, or a picture on here or anywhere else i AM using somebody´s intellectual (hm???) property.

It IS free entertainement / information. But it is also something else, equally free, ADVERTISEMENT.

If the internet does so, YOU TYCOONS are doing something wrong.

If a nerd with zits, dowloading his favorite something,something, can prevent you from selling a product, YOU suck at your job.

Moonshine is never going to bankrupt the  Lagavullin Whisky destilleries.

Is it a “rockier” beveridge or motorcycle? no!

Artists DOES deserve to get payed and so does record companies or movie studios.

So if people download things for free, USE IT!

Do some economic judo and stop whining!

Making your product inaccesable is NOT going to do the trick.

Neither is relinquishing your copyright.

Letting US sell YOUR product FOR you might if you play it smart.

Martin Sieff, in a review of the book Chaplin: A Life, wrote: “Chaplin was not just ‘big’, he was gigantic. In 1915, he burst onto a war-torn world bringing it the gift of comedy, laughter and relief while it was tearing itself apart through World War I. Over the next 25 years, through the Great Depression and the rise of Adolf Hitler, he stayed on the job. … It is doubtful any individual has ever given more entertainment, pleasure and relief to so many human beings when they needed it the most”. George Bernard Shaw called Chaplin “the only genius to come out of the movie industry”

Portrait taken at the Brooks’ Southern California home. This photograph was later used on a German postcard after she left the Hollywood scene.